U.S. Destination That Could Feel Like a Vacation Abroad

With at least a dozen cities around the country evoking the spirit of far-off lands—including the Mediterranean and Scandinavia—now's the perfect time to hop in the car and embark upon a passport-free trip around the world. 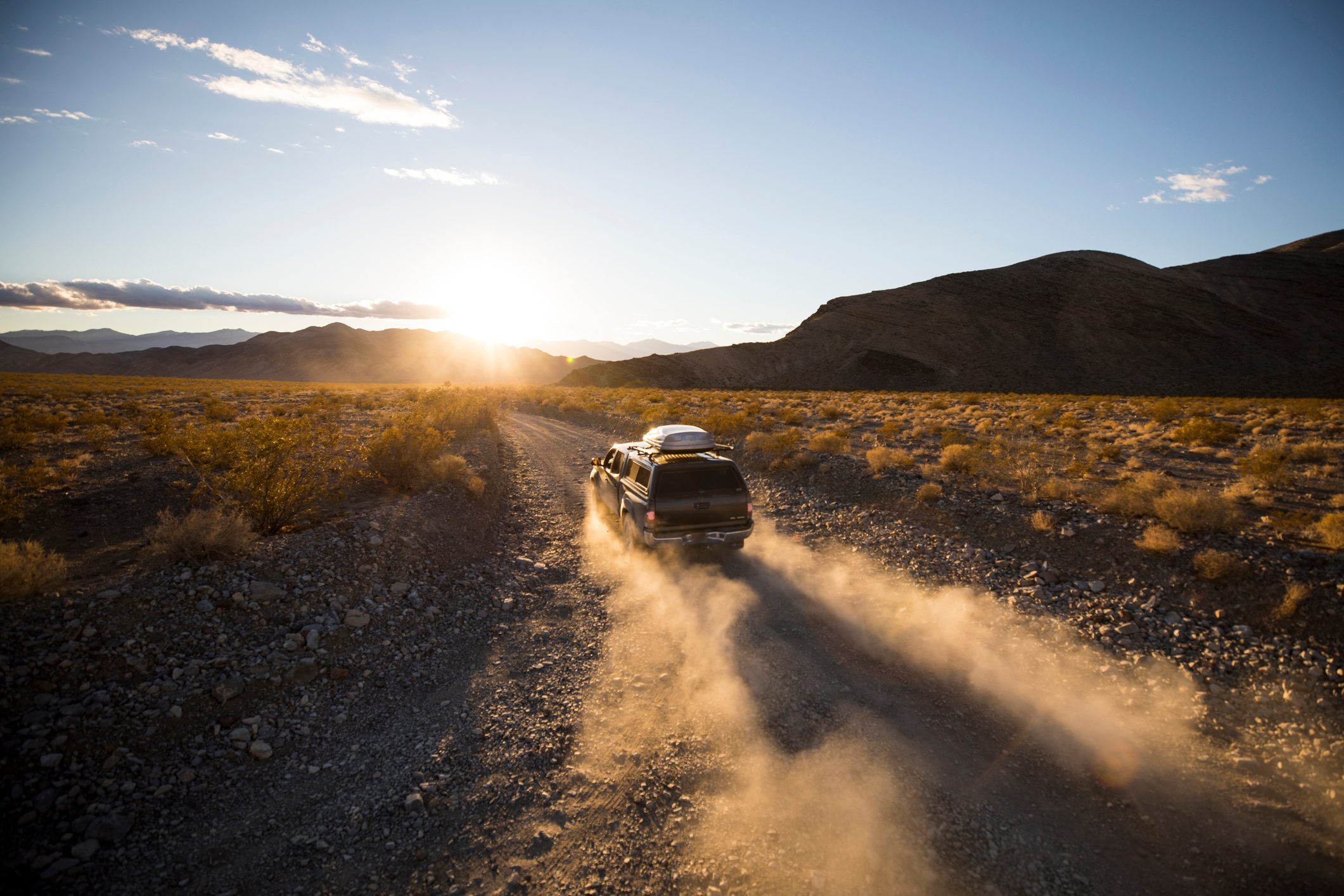 Staring longingly at your passport, wondering when you’ll be able to earn another stamp and see all of the sights you’ve been daydreaming about? While overseas travel may not be in the cards for the foreseeable future due to COVID-19, all hope is not lost for summer vacations, honeymoons, and milestone birthday and anniversary trips—there are many places right here in the United States that, with a little imagination, could serve as a worthy substitute. From the cuisine and culture to architecture and scenery, these dozen destinations are sure to temporarily satiate your inner wanderlust until you can safely travel abroad again. 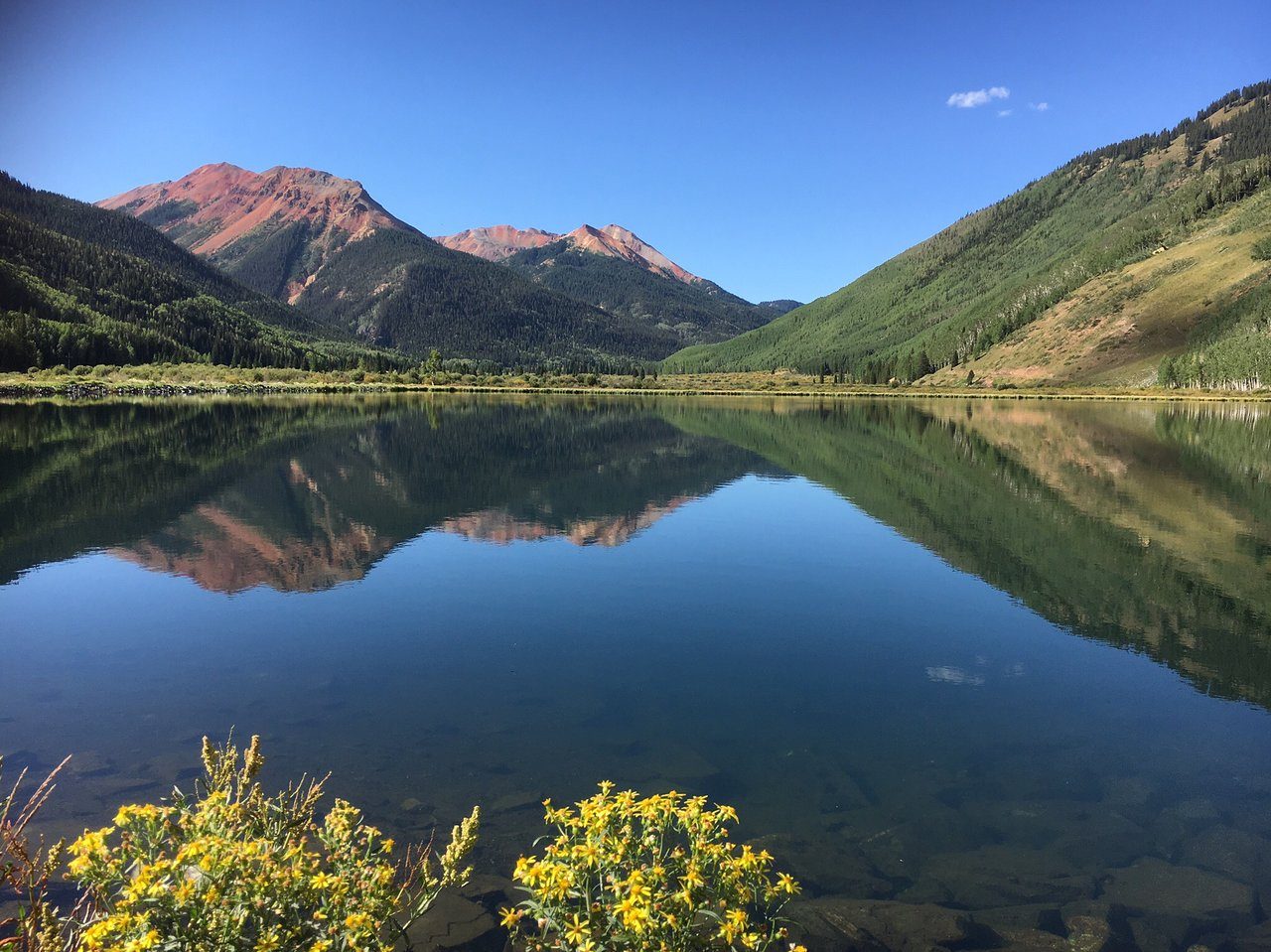 Known as the “Switzerland of America,” Ouray (50 miles northeast of Telluride in southwest Colorado) sits on a river valley at nearly 8,000 feet altitude. Surrounded by the snow-capped San Juan Mountains and fields of green grass and wildflowers, you just might find yourself hoping to hear yodeling echoing from the hills. It’s also known as the “Outdoor Recreation Capital of Colorado,” which means plenty of socially-distanced activities to keep the whole family busy. Take a short hike to Box Canyon Falls, where the waterfall cascades 285 feet from top to basin—and be on the lookout for Black Swifts, a protected species of bird who nest in the canyon walls. Enjoying the scenery while offroading on hundreds of miles of wagon roads built by miners in the late 1800s is another popular pastime in Ouray, as is whitewater rafting. Colorado is also home to a few of these 20 mountain towns that look straight from a storybook. 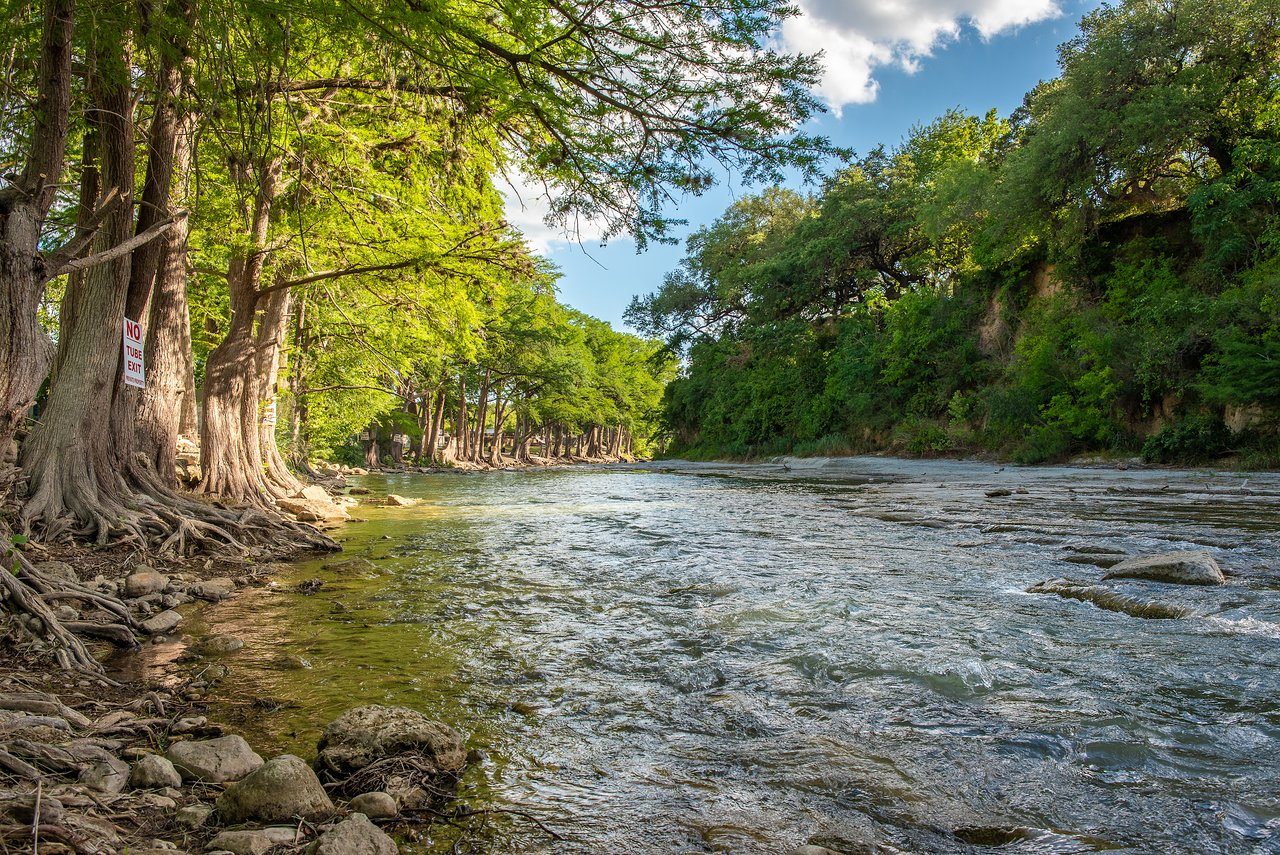 You’ll think you’ve somehow ended up in Germany upon visiting New Braunfels, Texas (between Austin and San Antonio), and for good reason: This year, the city celebrates its 175thanniversary, as German Prince Carl of Solms-Braunfels arrived on Texas soil in 1844 and founded the first colony of German immigrants in Texas. Today, the German influence of Texas Hill Country is celebrated through food and drink (it’s traditional host to one of the 18 best Oktoberfest celebrations in America), architecture, festivals, and museums. Pack a picnic of traditional spaetzle (a traditional German dumpling) and schnitzel (fried meat, thinly sliced and breaded), and explore the trails of the Guadalupe River State Park or go horseback riding along the Canyon Lake shores. 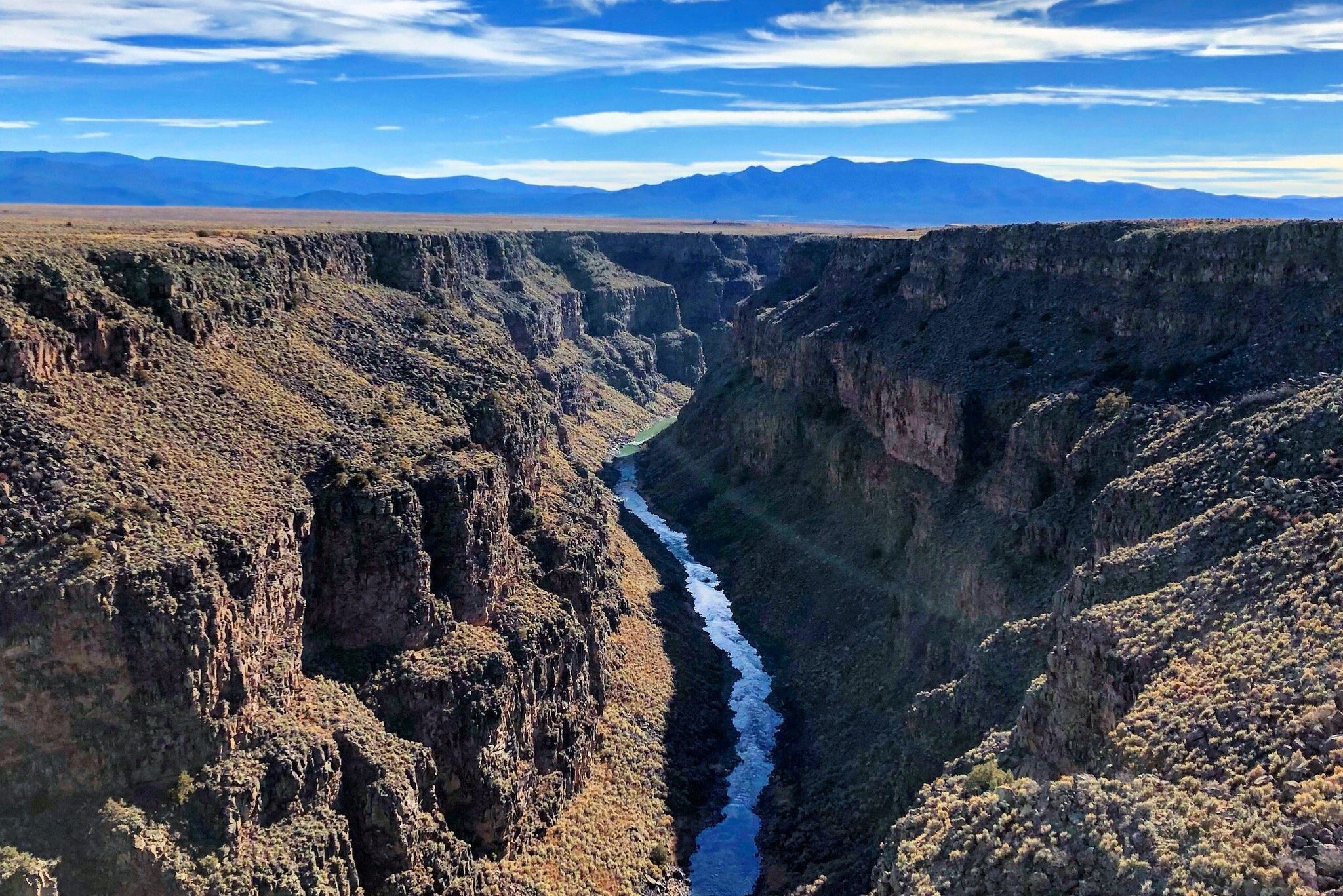 Known for its rich tricultural heritage (Native American-Spanish-Anglo), Taos offers a vibe reminiscent of southwestern Mexico—specifically Oaxaca de Juárez. After a 70-mile drive north from Santa Fe, vacationers will be treated to such cultural attractions as adobe architecture, the 1,000-year-old Taos Pueblo (the oldest continuously inhabited community in the United States), and historic churches, such as the San Francisco de Asís Mission Church (the most photographed church in the country). For some outdoor fun, kayak or fly fish on the Rio Grande river, hike down to the natural Black Rock Hot Springs, and mountain bike the South Boundary Trail for majestic views of the Sangre de Cristo Mountains. Once you’ve worked up an appetite, dine on enchiladas, tamales, and pozole, a traditional Mexican stew made from hominy and meat. 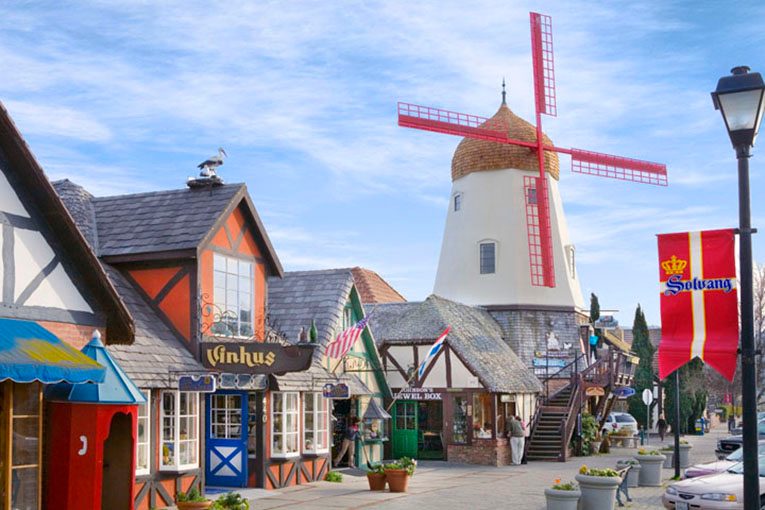 Located in SoCal’s Santa Ynez Valley, north of Santa Barbara, Solvang reminds many visitors of Denmark. Why? Because it was founded in 1911 by a group of Danish-American educators looking to establish a Danish community far from the midwestern winters. Since you can’t make it to Copenhagen to snap a photograph of the famous bronze Little Mermaid statue, you’ll be thrilled to know Solvang offers a replica, which is perched on a rock within a fountain and stands about half the size of the original. A smaller replica of Copenhagen’s Round Tower (or Rundetårn) was completed in 1991 and can be seen in the town center. Solvang is also home to four wooden windmills and five authentic Danish bakeries—another reason it’s one of 9 small American towns you’d swear were in Europe. 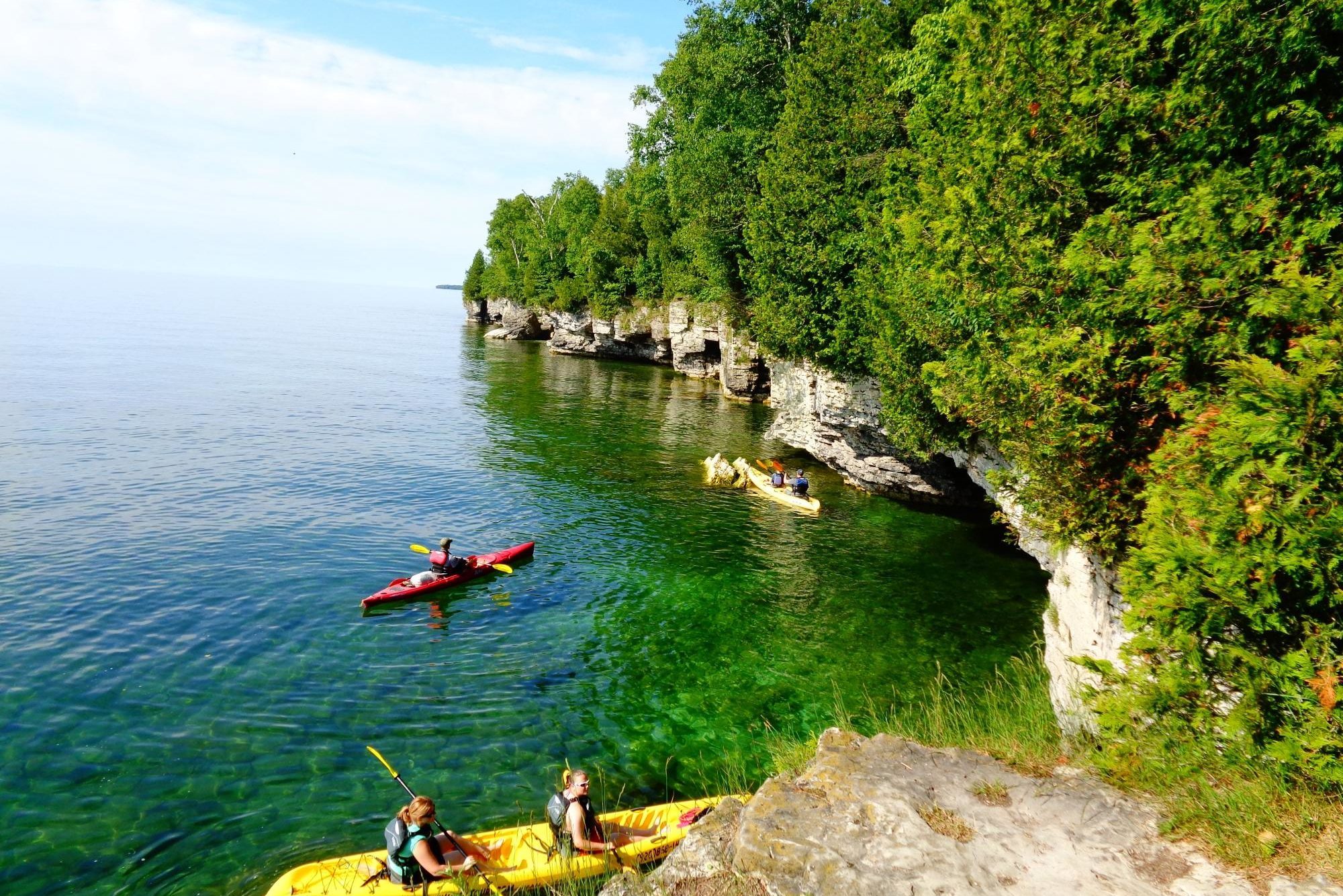 In less than a half day’s drive north from Chicago, you’ll find Door County, Wisconsin. This serene 70-mile-long peninsula between Green Bay and Lake Michigan became a large Scandinavian settlement in the mid-1800s, as Swedes felt right at home with the bountiful fishing and beautiful countryside. Norwegians were also drawn to the area for logging opportunities, as evidenced by the area’s plentiful Scandinavian architecture and customs. Head to the White Gull Inn in FishCreek for a traditional Scandinavian-style fish boil dinner, where you’ll watch the chef cook whitefish that was caught by local fisherman on Lake Michigan outside over an open fire—just as it was done hundreds of years ago. In Baileys Harbor, tour the Boynton Chapel, a late 12th-century-style Norwegian church modeled after the Garmo Stave Church at the Maihaugen museum in Lillehammer, Norway. And, if you plan your trip for Christmastime, treat yourself to a traditional Swedish Julboard at Al Johnson’s. This tasty multi-course smorgasbord is one of Sweden’s most popular culinary traditions and includes various fish, meats, pickles, meatballs, ham, potatoes, and an array of desserts. These are more of the best crowd-free summer vacations you can take. 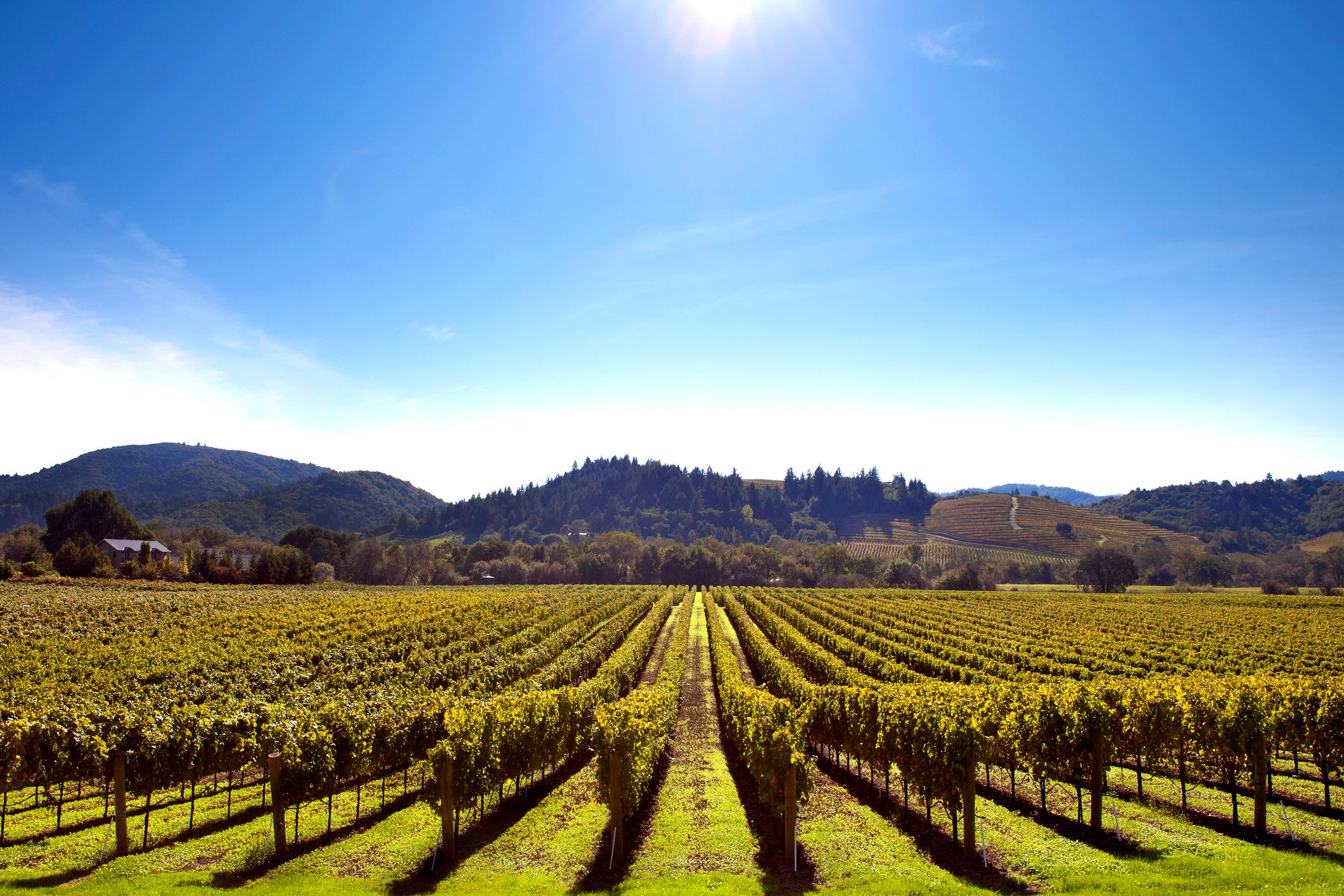 Think you can’t hit almost all of the Mediterranean in just 17 miles? Then you haven’t been to Sonoma Valley. For starters, you can pretend you’re spending your vacation under the Tuscan sun with a trip to California’s wine country. The rolling hills of Sonoma Valley are reminiscent of those found in Tuscany, Italy—especially after a couple of glasses of the delicious vino the region is known for. Many of Sonoma Valley’s winemakers are influenced by their European counterparts, particularly France, with signature varietals including Pinot Noir and Chardonnay that mimic the tastes of the Burgundy region. And if you were planning to visit Spain or Portugal, sip Spanish-style cava outdoors at Gloria Ferrer while overlooking the rolling vineyards, or dine on La Salette’s patio and enjoy fare from Portuguese chef Manual Azevedo. Many of the wineries and local restaurants feature al fresco dining options, and tasting rooms are moving outdoors to allow for more social distancing. Sonoma is home to some of the most gorgeous wineries in the world. 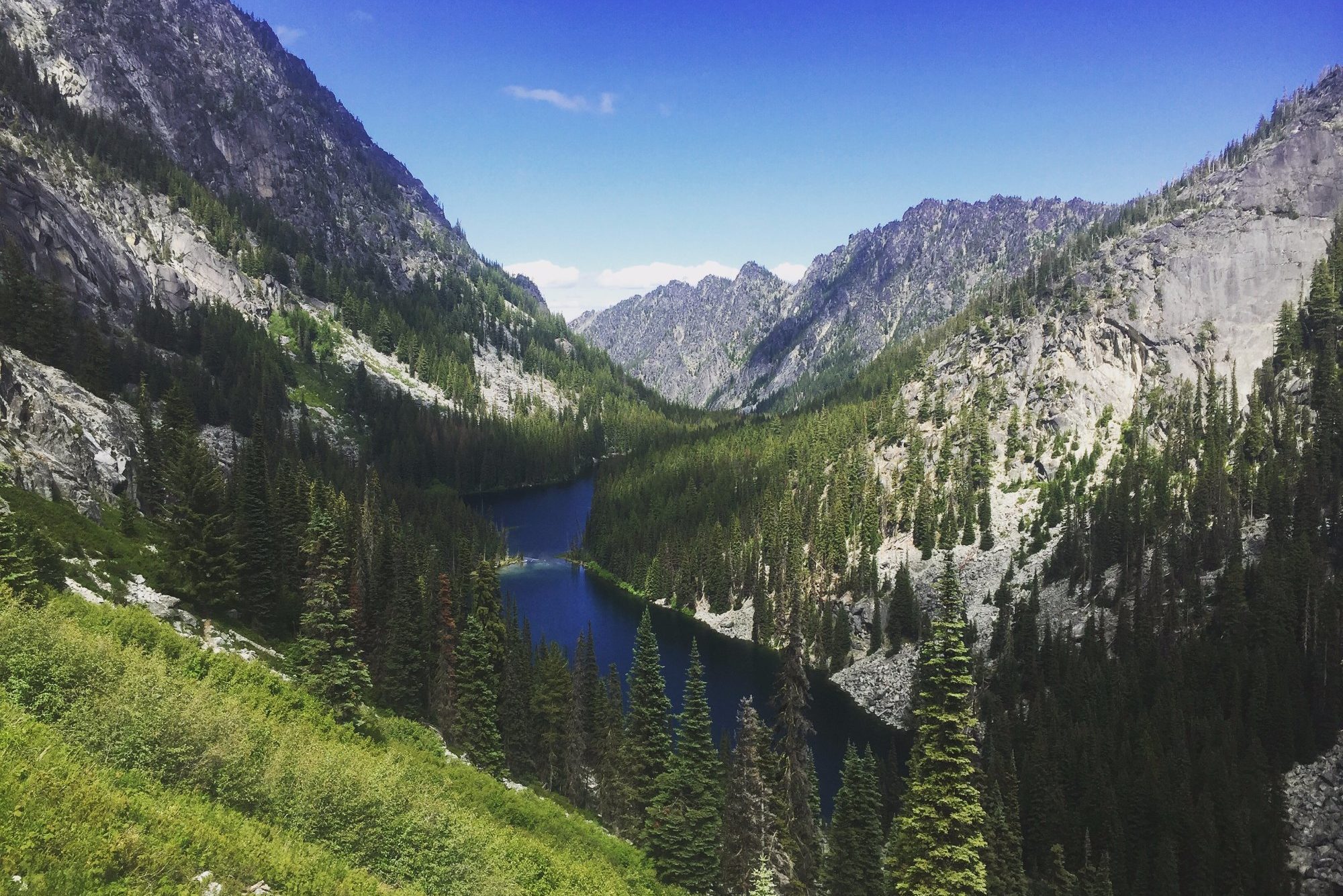 Who would have expected that you can skip the Bavarian Alps and head straight to Leavenworth, Washington (135 miles east of Seattle) for the same feel instead? Nestled into the north-central Cascades of Washington, Leavenworth is surrounded by mountains on all sides—similar to Bavaria, a landlocked state of Germany bordering Austria, the Czech Republic, and Switzerland known for its breathtaking views of the Bavarian Alps. In the early 1960s, town leaders decided to change Leavenworth’s appearance to draw visitors. They completely renovated the downtown area to mimic a charming Bavarian-style village with Tudor revival architecture. During summer months, hiking, biking, zip lines, rafting, paddleboarding, river tubing, golfing, and fishing take center stage, while winter months bring skiing and holiday celebrations—in fact, it’s one of 13 small towns that are even more enchanting in winter. 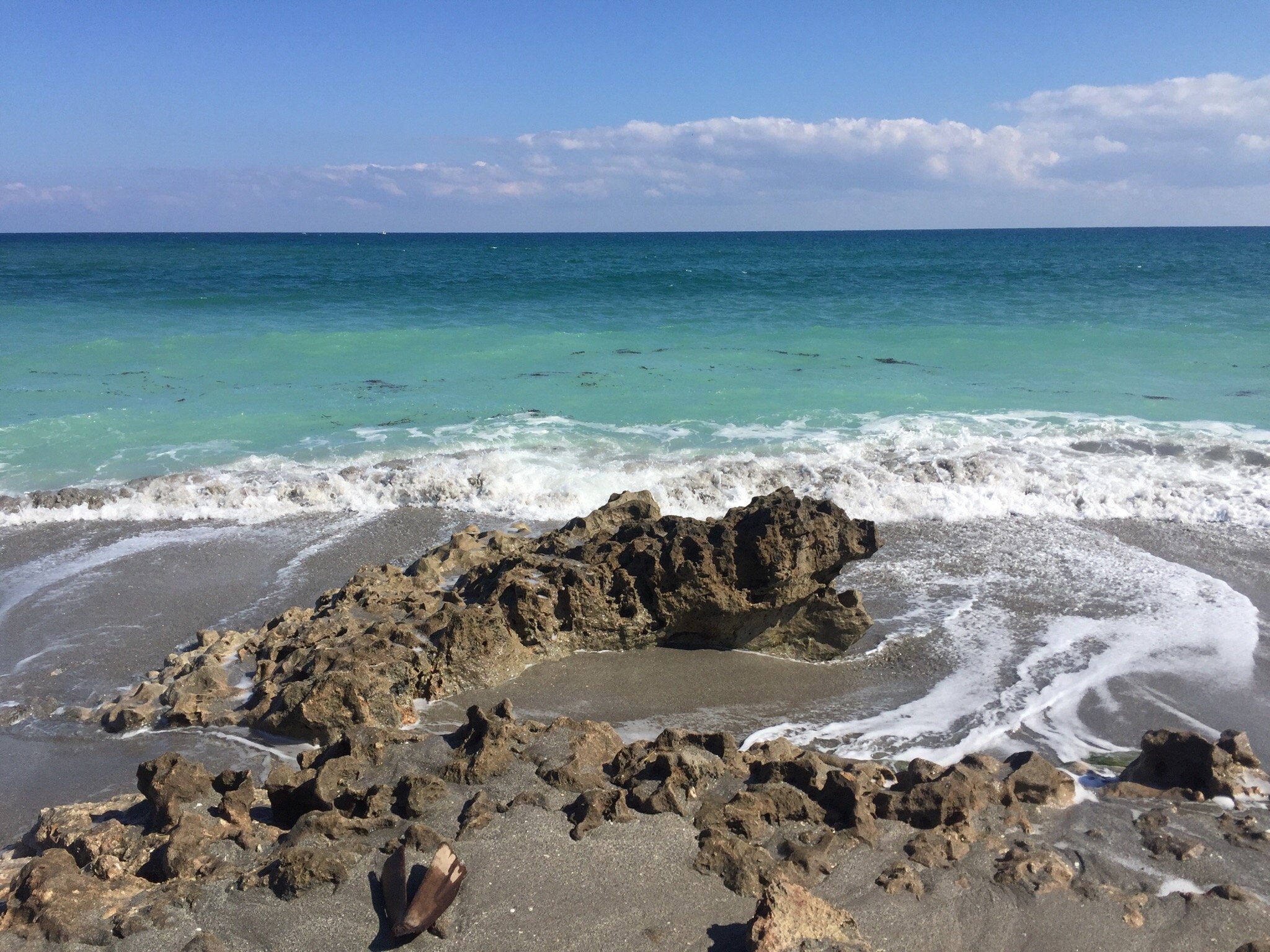 Escape to the tranquility of Martin County, Florida, where nature takes center stage thanks to beautiful beaches, more than 77 parks, and the most bio-diverse lagoon ecosystem in the Northern hemisphere (the St. Lucie Inlet). It’s here where you’ll find the Blowing Rocks Preserve in Hobe Sound. During high tides, waves break against the rocks and shoot plumes of saltwater 50 feet into the air, a unique feature reminiscent of the iconic limestone cliffs that line Australia’s coast. Plus, this wonderfully isolated natural attraction—about an hour and a half’s drive north of Miami—is free of the crowds you’d run into at nearby south Florida beaches. Find out the best Florida beaches locals want to keep secret. 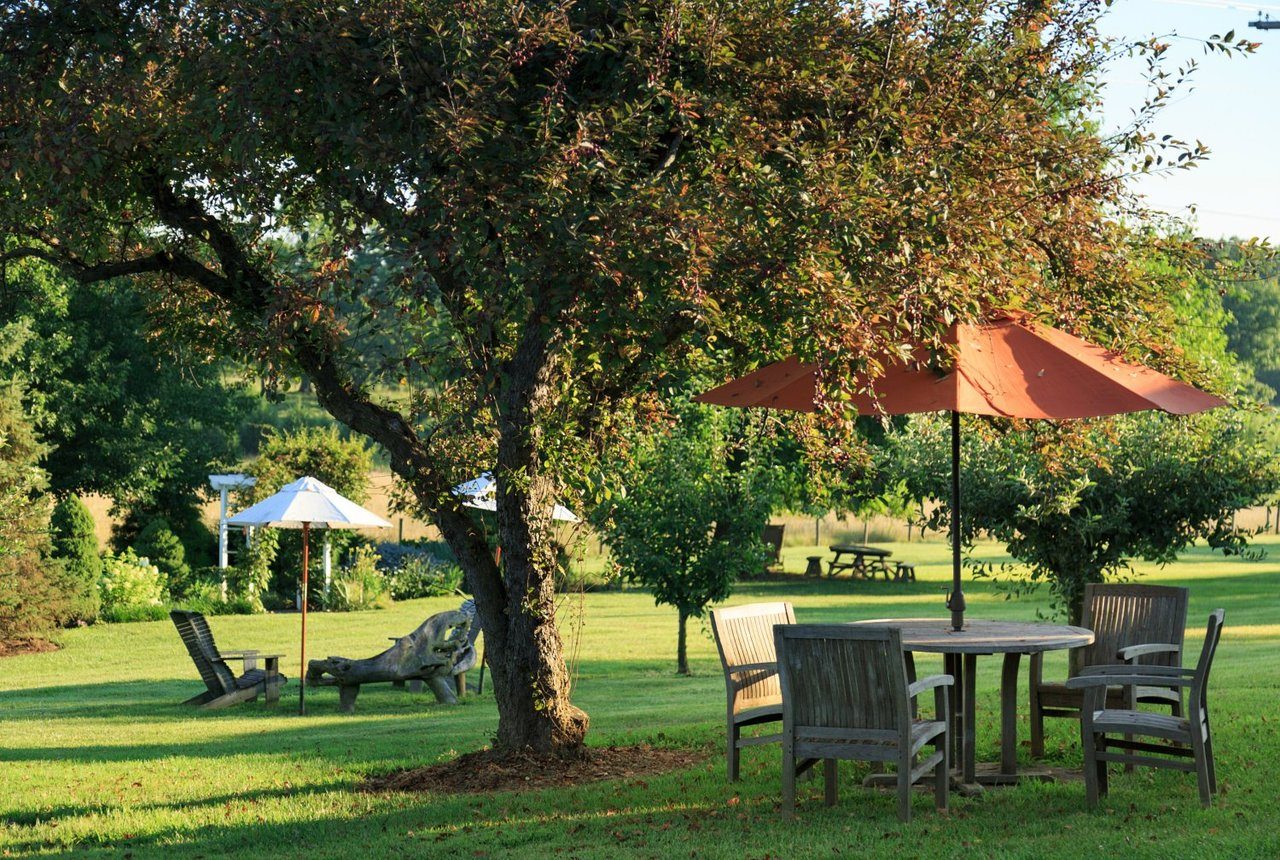 You’ll feel as though you’ve been whisked away to the French countryside upon arriving at L’Auberge Provençale Bed and Breakfast in Virginia’s wine country, about 90-minutes from Washington, D.C. This romantic B&B offers an authentic Provençale experience, from the elegant décor to the meals (featuring locally sourced ingredients) and award-winning wine list. No trip to the Provence region of southeastern France would be complete without visiting lavender fields, and the inn is within a short driving distance of several lavender farms (for future fragrant trips, don’t miss 18 of the dreamiest lavender farms around the world). There’s also plenty of hiking, biking, horseback riding, golfing, and, of course, wineries to keep you busy. 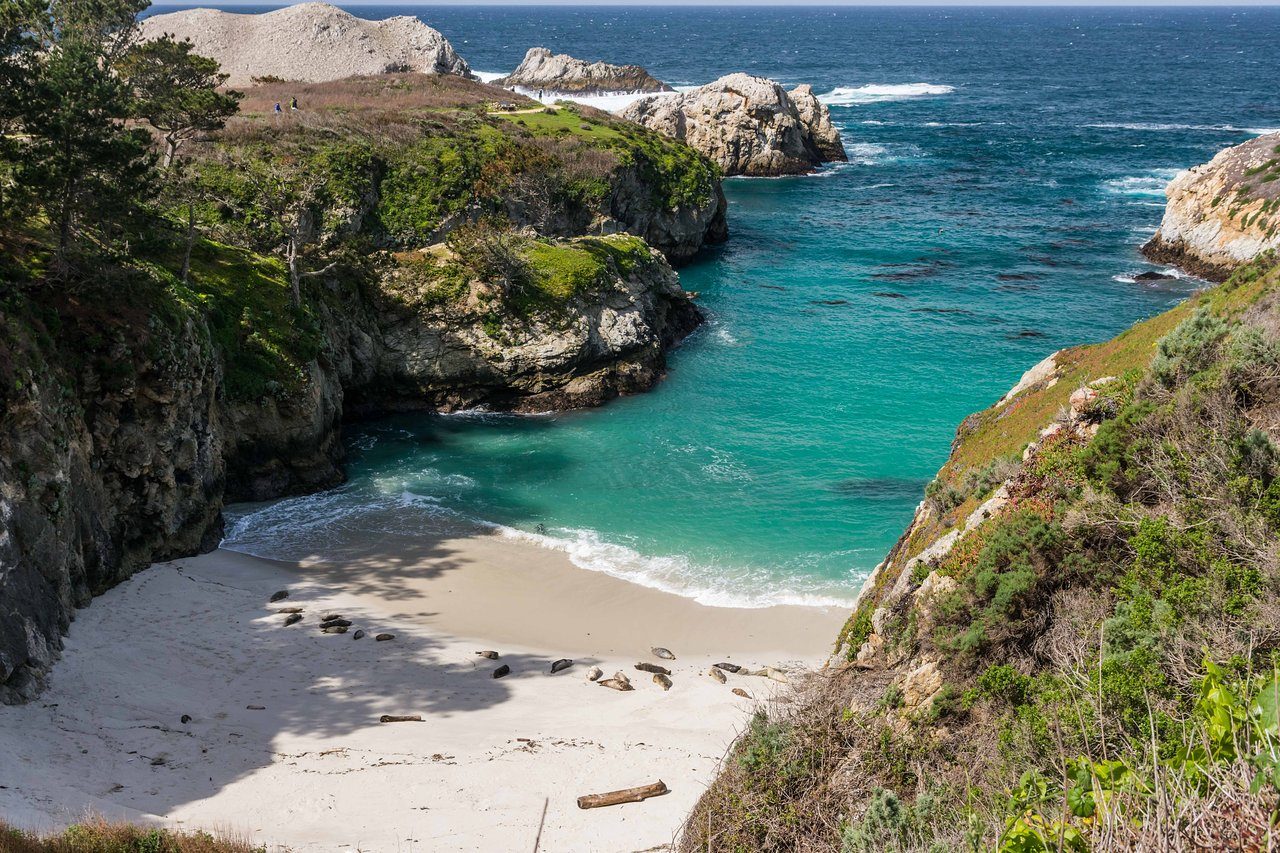 On California’s Monterey Peninsula, the quaint beach town of Carmel-by-the-Sea beckons those who yearn for a look back at simpler times—earning it a spot as one of the most beautiful seaside towns in America. Don’t let the fact that Clint Eastwood used to be the mayor fool you: This one-square-mile village has a European feel and fairytale architecture that transports visitors into a Charles Dickens-inspired wonderland. Walk down the stone-paved roads and explore the 41 secret passageways, courtyards, and gardens—one of the village’s best-kept secrets. The area’s enchanting cottages are known for their rolled eaves, rounded doors, and asymmetrical stone chimneys (and 21 original cottages from the 1920s exist today). Carmel-by-the-Sea is also home to the world-famous white sands of Carmel Beach, the perfect spot for a sunrise or sunset walk. 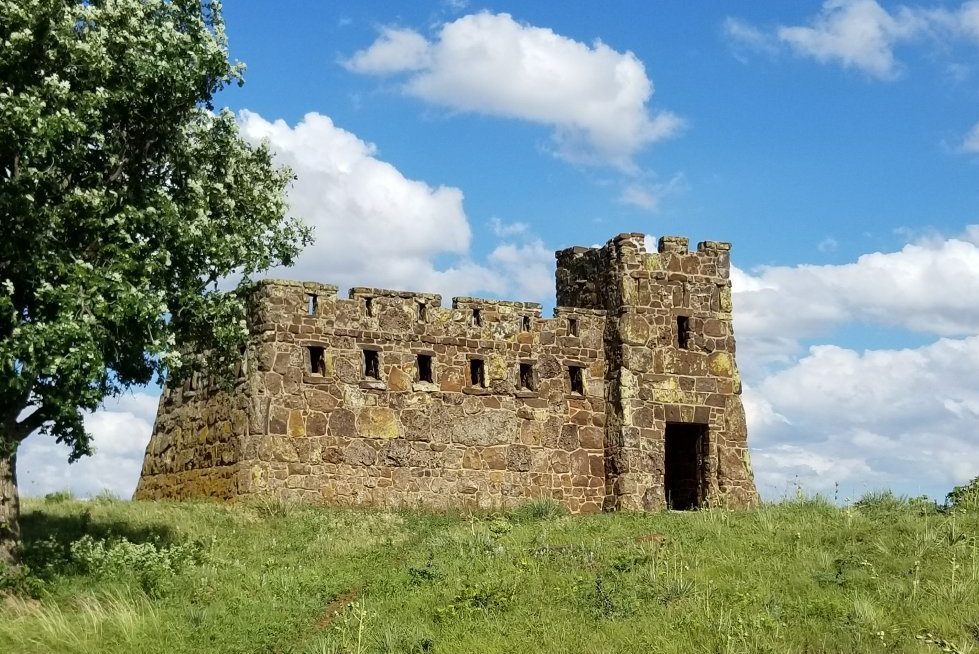 Bet you never would have guessed that “Little Sweden USA” would be located smack-dab in the middle of the country! Lindsborg, Kansas is the town of 3,500 with this designation. It was settled 150 years ago by a group of Swedes; about 40 percent of Lindsborg still celebrates their Swedish genealogy. In town, the Birger Sandzén Memorial Gallery features the work of Birger Sandzén, a Swedish-born, Paris-trained modernist who became a prolific and influential artist in Kansas. One of the few remaining working roller mills in the country fires up every May for demonstrations but is open to the public year-round to help visitors gain a better understanding of the early days of grain production and milling. Just across the street is the 1904 Swedish Pavilion, designed by world-renowned Swedish architect, Ferdinand Boberg. Schoolchildren here begin to learn Scandinavian dances in first grade, performing at Svensk Hyllningsfest (loosely translated means Swedish honoring festival) the bi-annual celebration that pays homage to early Lindsborg settlers. Finally, if you time your travels just right, you’ll enjoy Lindsborg’s Swedish festivals that mark the seasons, where streets are filled with live Swedish music, dance, and costumes. Find out the best U.S. hotels and resorts for social distancing. 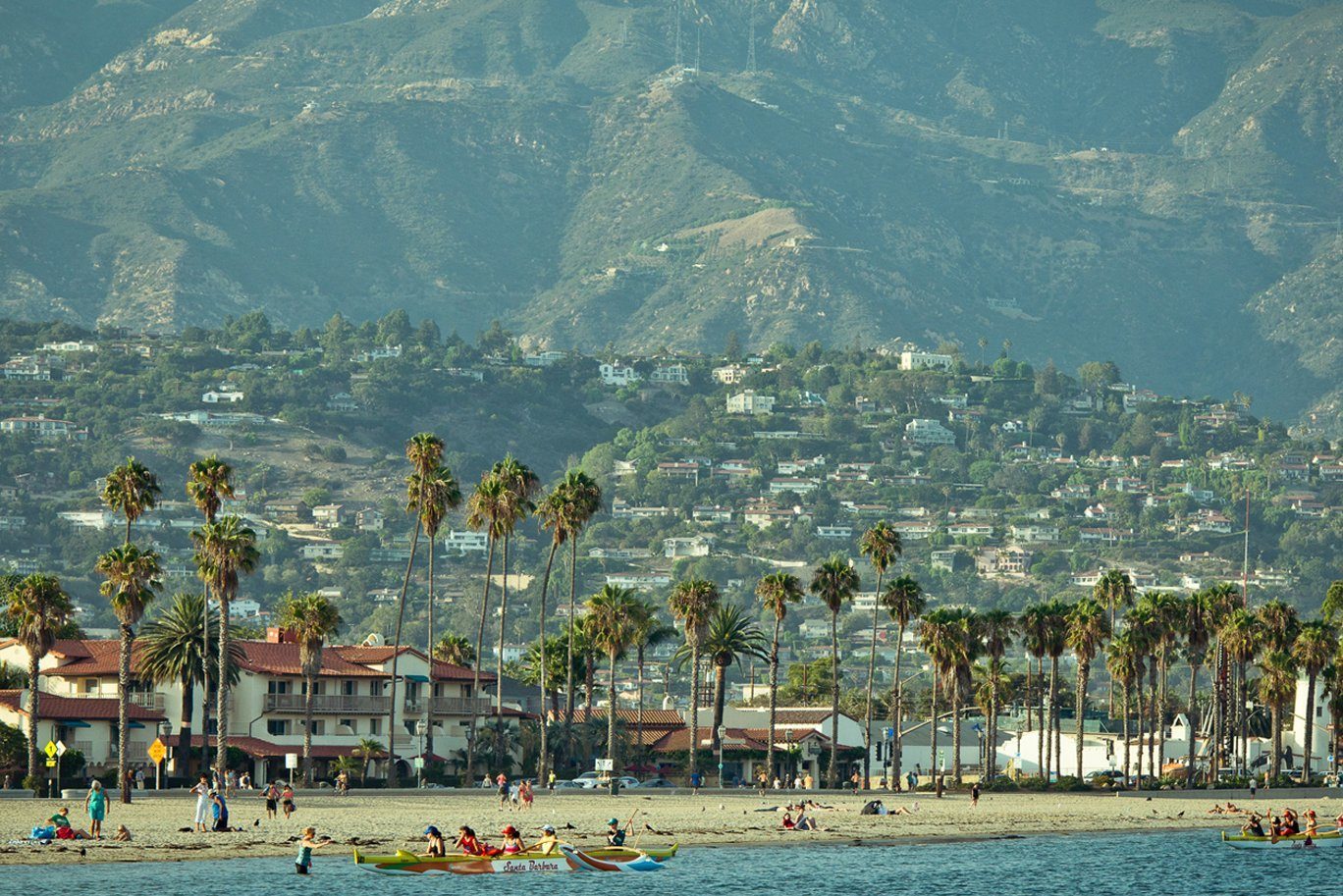 Longing for the French Riviera (or the Côte d’Azur, a stretch of the Mediterranean coast of southeastern France)? Located just 90 minutes from Los Angeles, Santa Barbara is often referred to as the “American Riviera” due to its resemblance to the iconic coast of France. The similarities? Coastal, beachy vibes with a year-round warm climate, pristine beaches, and distinctive culinary experiences. Beach lovers, boaters, anglers, art connoisseurs and wine enthusiasts alike will appreciate all that Santa Barbara has to offer, including views of the Santa Ynez Mountains and miles of clear-blue coastline. Not sure you’re quite ready for a stay at a large hotel during a pandemic? Consider one of these cute cabins for a more secluded getaway.