In honor of the 175th anniversary of the founding of New Braunfels, the city "toasted” its roots with a commemorative German-style beer, all thanks to Guadalupe Brewing Co.

While visiting Germany last spring, owner Keith Kilker collaborated with a brewery there to create the idea for a traditional, light pilsner that would be a nod to the New Braunfels heritage.

“We wanted to set up kind of collaborative type of brew," Kilker said. "We actually brought back some honey from Germany that we put into the brew that would kind of complement the beer. And so it's a little bit more malty than what we traditionally do here."

To kick off the anniversary, city leaders raised a glass of the pilsner, dubbed Gemütlichkeit (the good life), while on a simulcast video conference call with Braunfels, Germany. The pilsner was served at the party, but it's a limited supply.

"The trip was with the purpose of doing a simulcast between us here and Germany. The details of how we were going to do it and what all was going to be involved really hadn't been hammered out. I guess it was like five of us that went over there, specifically for the city to kind of figure out what we were going to do," Kilker said. "The trip to Germany really tied in the event, and the heritage of this area to me. You know, going back there, finding out where the roots are for the city was really good."

This wasn't Kilker's first visit to Germany. The first time was when he was on duty. 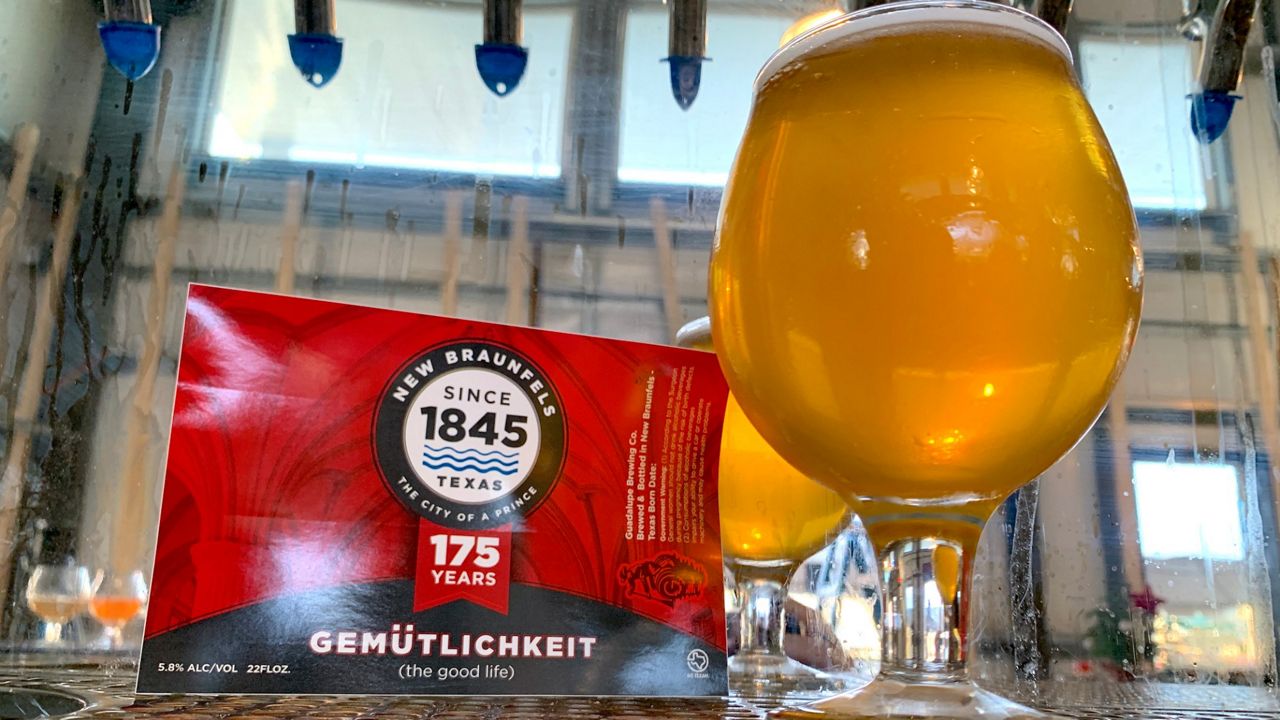 "The last time I was in Germany when I was when I was in the Air Force and I went over there during Desert Storm. And that was one of the places that kind of inspired me to open up the brewery in later years. Because the beer was so much better than the lagers being pushed in America at that time," Kilker said. "Between that and what I experienced in the Pacific Northwest, as far as their IPAs and a lot of the different styles that they were doing up there, that's what we wanted to bring to Texas."

Kilker returned from his trip and tasked the brewers with creating what they're calling the "party pilsner."

“It started with the idea he brought back," said brewer Andrew Serafino. "So then we took the approach of just brewing a pilsner. Get the grain together and brew it. The trick to making a good pilsner is lagering it. Let it sit in the tank and mature and become what it needs to be. So we had to plan ahead a little bit and let it sit. There's three of us that brew, so it was all of us on deck doing everything."

After lagering for 8 weeks, the brewers had 300 gallons of the commemorative light beer.

“So that'll come out to about 20 full size kegs and we're expected to rip through all of them. It came out great. It's super crisp, super clean,” Serafino said.

“So we're going to do this one batch, it turned out great. But I think it'll be a one and done until maybe the 200 years when we may redo it,” Kilker said.

New Braunfels will be holding events all year long to mark the 175th anniversary. To view the list of events, click here.