SOUTHERN ROAD TRIPS
The Lone Star State is home to roadside delicacies, outdoor adventure, and trendy shopping. Away from the big-city buzz, there is so much to explore in these four small towns with Texas-sized fun.
by ZOE YARBOROUGH
September 7, 2022

The Lone Star State is more than brisket, beer, and country tunes, though we love to devour Texas-sized portions of those things, too. In this highly anticipated installment of small towns in the South, we’re uncovering some Texas gems from the funky-chic Hill Country to the picture-perfect seaside. Get to planning a trip (or three) to these fantastic small towns in Texas.

Did you know that Texas has a Seaside-30A-style beachside community!? The quaint Mustang Island town Cinnamon Shore sits at the south end of Port Aransas on an 18-mile barrier island off Corpus Christi Bay. The stretch of shoreline is known for its white sand beaches, fishing, golf, water sports, and year-round natural beauty. Decades-long tactful development has created one of the country’s most luxurious coastal lifestyle communities. Image: Cinnamon Shore via Facebook

Cinnamon Shore has so many places to stay, whether you need a sprawling beachfront house for the whole extended family, a romantic suite in the heart of the resort, or a cozy cottage for four. Fill your sunny days poolside, under a beach umbrella, hitting the links, or trying your luck at some deep-sea fishing. Cinnamon Shore and Port A have a calendar full of community events for the whole family, from bonfire parties to outdoor concerts. Image: Cinnamon Shore via Facebook

Culinary options abound in Cinnamon Shore and Port A, as locals call it. Lisabella’s serves coastal dishes like crab cakes and scallops, while Dylan’s is the place to split a coal-fired pizza and pasta. Down the road at Palmilla Beach Resort, grab a drink at Reds before a fresh-caught dinner at Black Marlin Bar & Grill. By now, you’ve seen every tastemaker in the South make the pilgrimage to Round Top, population 90, during its world-renowned, semi-annual antique show. A short jaunt from sprawling Houston and overflowing Austin, Round Top moves at a slower pace but with no shortage of cool. From its campy accommodations and niche boutiques to its killer pie and to-die-for cocktails, Round Top epitomizes the laid-back Texas “good life.” 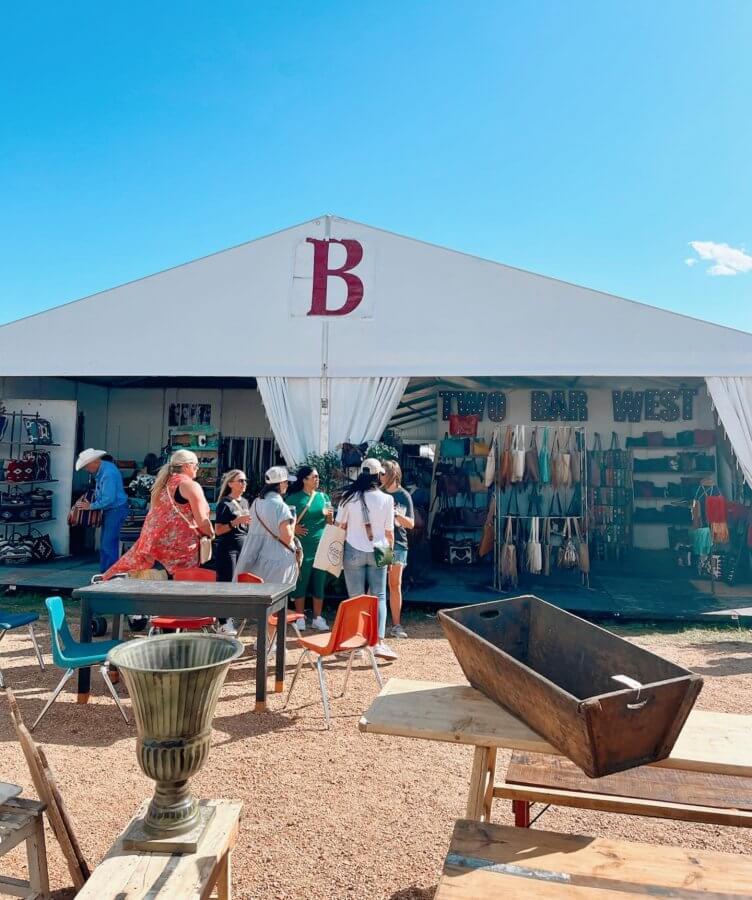 The Original Round Top Antiques Fairs (held in the spring and fall) are undoubtedly the busiest times to visit Round Top. On non-fair weekends, Henkel Square Market is the nucleus of Round Top. The cluster of shops showcases makers of all kinds, from custom hat designers to fine artists to cocktail slingers. For curated European antiques and mid-century furnishing, Bader Ranch is your spot. It’s also the venue of the coveted seasonal dinner parties by Y Comida during fair weeks.

For as small as Round Top is, it’s chock-full of trendy spots. Get a room at The Frenchie Boutique Hotel or Hotel Lulu for some poolside, amenities-driven fun. Or book one of the 10 vintage campers and 18 themed teepees at Texas’s first indoor campground, Lone Star Glamp Inn. Head to the divey Stone Cellar and Round Top Dance Hall for live music and beer. It’s not hard to see why shoppers, collectors, and makers come to Round Top to reinvent and reinvigorate. You never know who you’ll run into at Il Cuculo — Lulu’s impossibly adorable bar. Image: Hotel Lulu via Facebook

Prost on Block 29’s cozy stone cottage and patio serves up interesting wines, beers, and artisanal cheese boards. Ellis Motel is the perfect pre-dinner cocktail spot before a meal of farm-fresh dishes from The Garden Co. After dinner, a slice of famous Royer’s pie is a requisite ending to any Round Top adventure. Image: Royers Cafe via Facebook

If Round Top is funky and trendy, Jefferson is retro and nostalgic. Nestled in the heart of the Piney Woods region of East Texas, Jefferson was once the largest inland port in Texas. The town boasts more than 70 historic landmarks, restored buildings, museums, and elegant homes to tour. It’s remained a vibrant destination town with its constant arts festivals, car shows, and proximity to some of Texas’ most enchanting natural places. There are so many things to do and places to explore in delightful, fun-filled Jefferson. The Jefferson General Store is a hallmark of the town. Image: Public Domain via Picryl

This town has many off-beat attractions. The Grove is consistently voted one of the most haunted properties in the country. Jefferson even has a Gone With The Wind Museum! History and railroad buffs can tour railroad tycoon Jay Gould’s private rail car, the “Atalanta,” at The Excelsior House Hotel. The stately historic hotel has a New Orleans-style courtyard and many rooms, but stay at a bed and breakfast instead.

Carriage House, House of the Seasons, and Old Mulberry Inn are just three of more than a dozen well-appointed and historic inns. When appetites pique, snag a table at Haywood House and a live show at 1852 on Austin. Don’t forget to pick up your favorite candy or a hand-spun milkshake at Jefferson General Store after. Book Big Cypress Tours to show you Caddo Lake without the worry of getting lost or scared. According to one study, the lake has 189 species of trees and shrubs, 75 types of grass, 42 woody vines, 216 kinds of birds, 90 fish and reptiles, and 47 mammals. There have also been “hundreds of alleged Bigfoot sightings,” according to the tour company’s website. Image: Dave Hensley via Flickr

Have a boat day on Lake O’ The Pines or paddle through the extraordinary bald cypress trees of Caddo Lake. If you’re more of a retail fan than an outdoors lover, spend the afternoon treasure hunting through Jefferson’s many shops like Caddo Mercantile.

New Braunfels is one of the most enchanting small cities in Texas. Gruene is a tiny town in the heart of New Braunfels, so we are putting them together. Settled by Germans in 1845, New Braunfels and Gruene maintain an old-world Victorian feel through many well-preserved buildings and hard-to-pronounce nomenclature. Perched between Austin and San Antonio on the Guadalupe River, it’s easy to access all of New Braunfels’ seasonal adventures. Image: Travel Texas

Chillier temps welcome Wurstfest, music festivals, autumn celebrations, and Christmas markets. Try your hand at bowling, ski ball, and shuffleboard at Downtown Social, enjoy the vines and views at Dry Comal Creek Winery & Vineyards, or taste 25+ Texas varietals at The Grapevine. You just can’t beat a meal at Gristmill River Restaurant and Bar before a show at Gruene Hall, Texas’s oldest continually running dance hall and the center of the community. Schlitterbahn is becoming a household name for non-Texans, as it consistently tops lists of the best waterparks in the world. Image: In New Braunfels via Facebook

Spring and summer bring lazy tubing days and waterpark fun. Pack a cooler and rent tubes from Corner Tubes, or hike to a nearby swimming hole. While many families stay at Schlitterbahn Waterpark & Resort, you can also rent a cozy cottage nearby along the river. Downtown New Braunfels boasts the charming boutique Faust Hotel, but the historic Gruene Mansion Inn is your best bet if you plan to stumble back after a concert. It’s ok … small-town Texas brings out the absolute rowdiest in me, too.

Give your inbox the Southern makeover it deserves! Subscribe to our daily emails HERE!